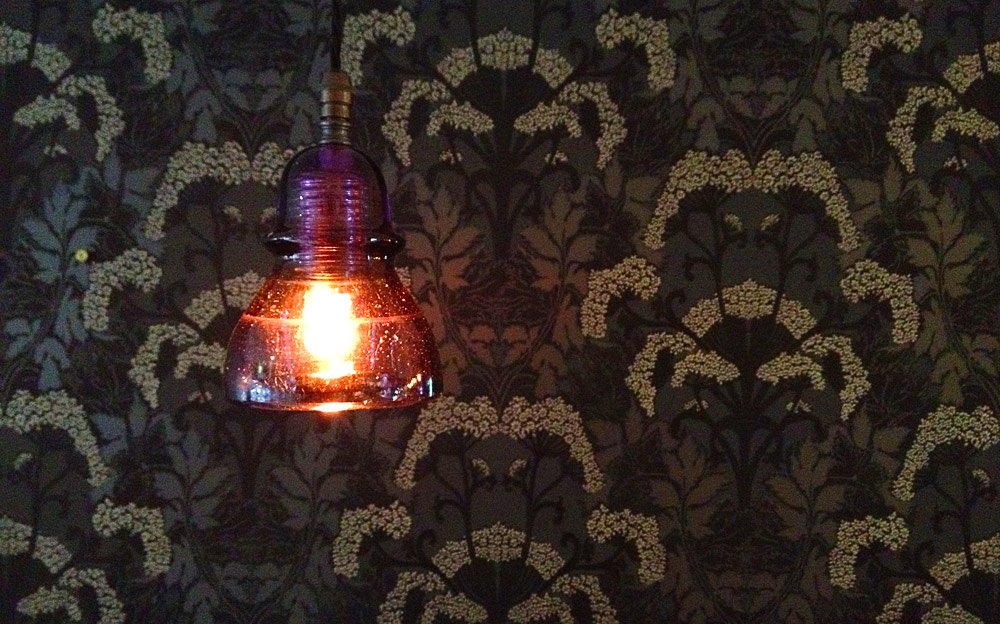 Purple Insulator Lamps at Seddon Wine Bar are the latest addition to this great little place. Jeremy from the Seddon Wine Store has chosen to replace the halogen downlights over the tables with these Australian 1950’s Telephone wire pin insulators. The color is perfect against dark the grey pattern wallpaper and they throw a soft light onto the tables.

Wired with 3 core cable in black braid and E14 brass lampholder with bronze plated cord grip mechanism, the bulb sits well inside the glass providing a faint purple glow that feels perfect in a wine bar atmosphere. These lights are on dimmers so that perfect control is obtained. 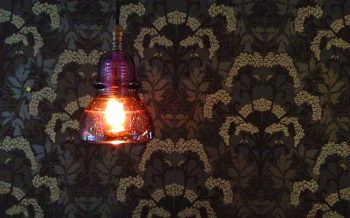 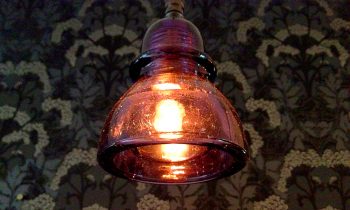