Russian Fluted dark green Insulator E27 pendant is an upcycled power cable insulator made in China for Russian power grid having a wired in E27 lamp holder and cordgrip mechanism. 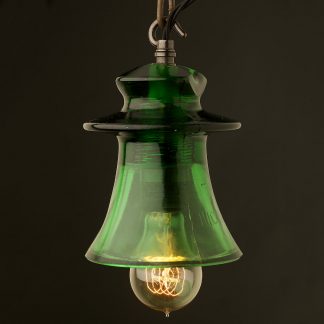