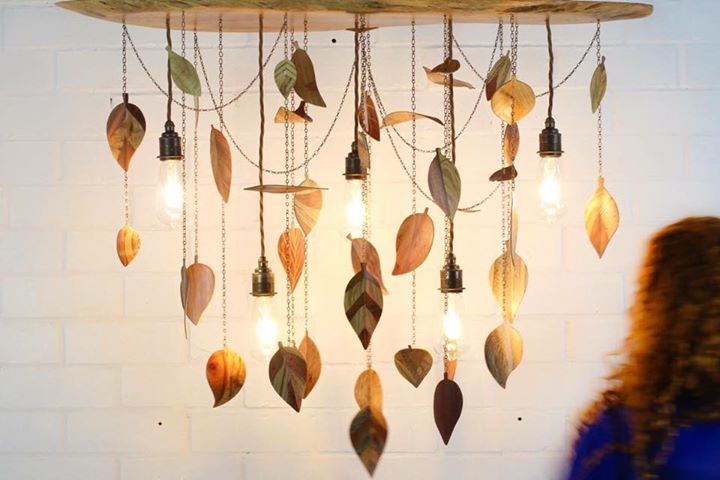 We were pleased to recently assist artist Melissa Allen with her piece for the Treecycle 2016 exhibition at the Royal Botanic Gardens.  Melissa created pendants using our bronze lampholders with our teardrop LED globes. Details of the exhibition below. If anything can mitigate the pity of a fallen tree, it’s seeing the wood transformed into a stunning artwork. That has been realised in Treecycle 2016, an exhibition being hosted by the Royal Botanic Gardens and featuring 45 hand-picked artisan woodworkers. 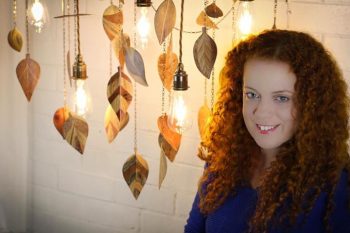 The idea was conceived by curator Ginny Sadubin three years ago, when she was giving a guided tour through the gardens and noticed a cedar tree being trimmed. She and her husband, Leon – a furniture maker – had previously held an exhibition of pieces made from recycled tree remnants. Ginny spoke with the senior arborist at the Gardens about doing something similar.

So began three years of planning and preparation. The wood needed to be cut and seasoned then distributed to the artists to make their pieces. There was no brief other than they could only use wood that had come from the Gardens. The wood – from 22 tree species – included types that would not normally be used in woodwork.

“The wood kind of dictates what you need to do with it,” explained Ginny, whose husband carved a beautiful platter from a section of casuarina. “Leon picked up a big chunk and looked at it and it kind of spoke to him…”

Other wood whisperers include luthier Mikey Floyd, who used three different timbers not normally used in violin making, finishing, untraditionally, with clear varnish to allow the different textures to show. The sound it produces is surprisingly good, and it will be played by a musician friend during the exhibition.

The wood literally speaks through Takashi Nishiura’s horn speaker. It holds a mobile phone and the wood acts as an amplifier.

Chair maker Howard Archibold uses traditional hand tools to craft his designs and will be demonstrating a pedal-powered lathe (Aug 13).

Other delights include a working clock with hand-made metal parts, a pendant light with wood veneer leaf-patterned shade, hand planes for body surfing, marine themed sculptures and much more. All art is available for purchase.

“I’m hoping that people will realise what a wonderful resource we have that grows naturally in the world around us,” added Ginny.