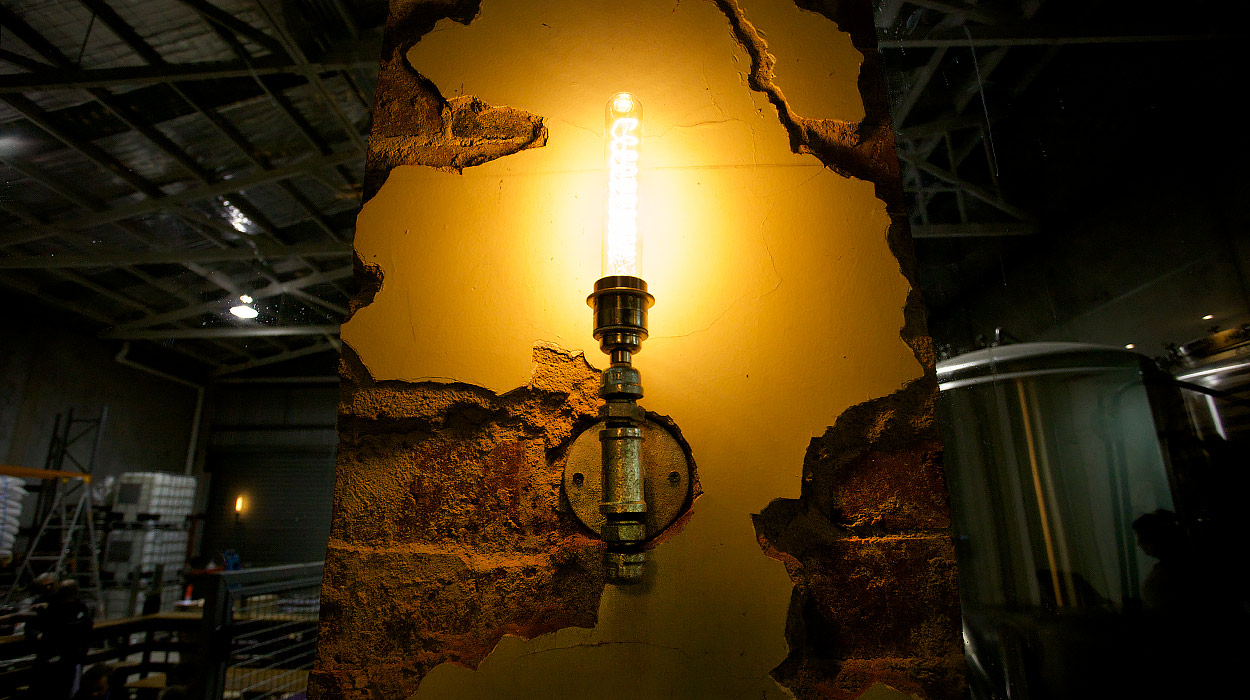 Two Birds Brewing use vintage plumbing pipe lighting in the brand new Micro brewery in Spotswood. On the first night open to the public Neil, David and myself thought we should drop in and show support for one of our local customers. The great thing about Two Birds apart from the beer is the fact that you can sit amongst the brewing gear and have a drink. Just the ticket for the pipe light builders. The light snack type menu is perfect for the odd snack between drinks and we can see this place becoming a popular weekend trip. Just South of the Spotswood railway station it is situated in a refurbished factory that was built in the 50’s. 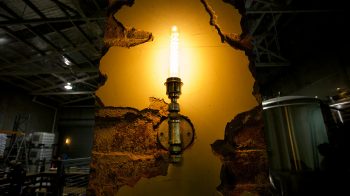 In such a large area the lighting has been a suck it and see affair and as things have grown over the development more bulbs became the requirement. We can see great potential to develop lighting for the brewing area but that may take some time. At the moment the main bar area is warm and inviting with a touch of industrial faithfulness. One of the most popular brewing teams in Australia Two Birds Brewing,  was formed by former Mountain Goat head brewer Jayne Lewis and longstanding friend Danielle Allen. They have succeeded in getting their Golden Ale, Sunset Ale and, more recently, Taco beer into venues across the country both within and, especially, outside the craft beer world. Opening their own brewery was always their stated goal from the moment Jayne announced she was moving on from Mountain Goat. “Owning our own brewery is a dream come true for us and I can’t wait to have more flexibility to increase our range of beers and experiment with brewing new styles.” Lewis said. Read more from the Press release…

Fantastic to see another great write-up on these guys in the latest Broadsheet.  Broadsheet Melbourne